Last weekend the hubby and I had our first outing with friends in Austin. After two weeks of unpacking, rearranging, exploring, getting stuck in traffic, filling out paperwork, and getting stuck in more traffic we were invited to dinner by a fellow PhD student from Jack’s program. Our task: dessert. 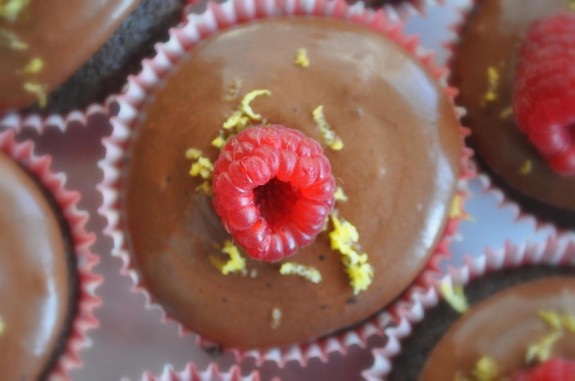 I decided to branch out from my typical go-to desserts and make something new. Austin’s fresh, organic fruits and vegetables have completely won me over so I wanted to make a dessert that would highlight one of these beauties. The result? Raspberry drop chocolate cupcakes. With a hint of coffee and a fresh juicy raspberry baked into the center, the cupcakes were covered in rich chocolate frosting and finally sprinkled with lemon zest. Unfortunately, the Texas heat turned my frosting into more of a glaze but they were still incredibly satisfying. 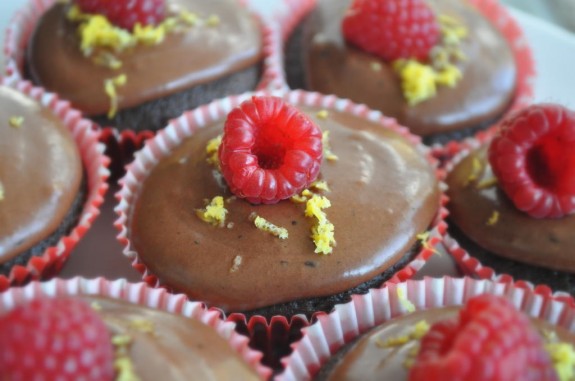 The recipe I used comes from a magazine the hubby bought for me a while back, “Taste of Home 100 Best Desserts.” I altered a few minor ingredients and instructions. The original recipe called for a drop of seedless raspberry jam in the center but I wanted the tangy flavor of a fresh raspberry instead. I also left out the coffee liquor in the frosting, mainly because I didn’t have any, but also because the added liquid would not help the frosting harden in this heat. My last change was adding the lemon zest on top. It seems small and perhaps insignificant but I loved the faint hint of lemon and raspberry with every bite. 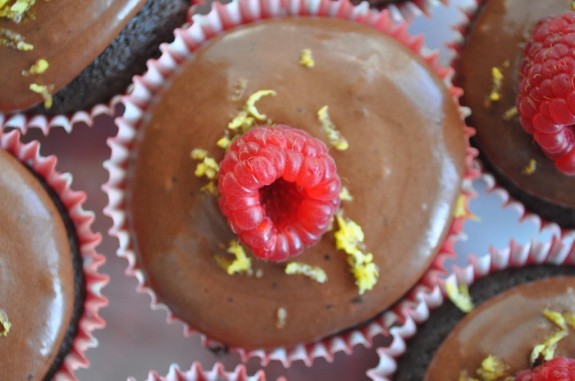 The recipe said it made 2 1/2 dozen cupcakes, but I would estimate it making closer to 3 1/2 dozen. I filled my cupcake liners 2/3 full and after 2 dozen, still had close to half the batter leftover. My last observation, the batter looked more liquid-y than any other cupcake recipe I have used. I was very skeptical that it wouldn’t cook in the time allotted but they cooked perfectly. So, if you are anything like me and tend to change recipes before seeing them through to completion, don’t do it. Trust me, you will be pleasantly surprised on this one. 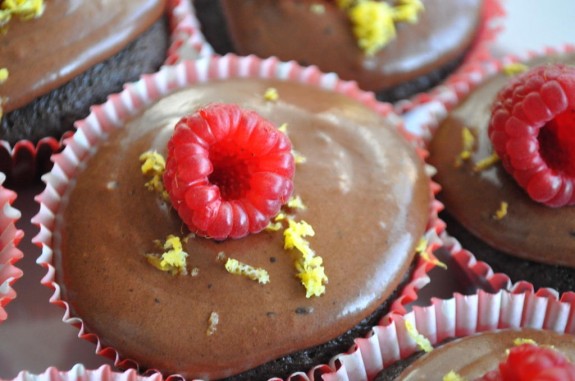 I’ll leave you with the recipe now while I figure out what to do with 3 1/2 dozen cupcakes.

I recommend beginning with the frosting, which is supposed to refrigerate for 1 1/2 hours, a detail I missed on the first read-through. Translation: long pause between cupcakes being complete and being able to chow down on the finished product.

Spoon 1 cup of cream from the top of coconut milk and place into a saucepan to boil. Once the cream starts to boil, remove from heat and add chocolate chips, whisking smooth. Stir in butter and confectioner’s sugar. Refrigerate for 1 1/2 hrs or until well chilled.

Now to the cupcakes, preheat the oven to 350 degrees. In a small bowl, combine cocoa and boiling water and set aside to cool.

In a second bowl, cream the softened butter and sugar until fluffy. Add eggs one at a time until well combined. Add coffee and vanilla. Combine flour, salt, baking powder & soda and add to creamed mixture alternately with cocoa mixture.

Fill cupcake liners 2/3 full, drop a whole raspberry into the center (no need to push it down, just set on top and the batter will cook up around it). Bake for 18-20 minutes, until toothpick comes out clean.

Cool for at least 10 minutes before frosting.

Once the frosting has chilled, beat mixture until soft peaks form. They said this should take about 15 seconds. We had to take ours out of the fridge early due to poor planning and so it took longer than 15 seconds to see soft peaks.

Frost cupcakes. Grate lemon zest over frosting and top it all off with another raspberry. Enjoy!

With only a couple of weeks until classes start again for the husband, we are determined to make the most of the beautiful weather and our remaining free time. Sadly, hiding out in the comforts of an air conditioned home in Texas in the middle of the summer sounds and feels all too enticing. Today however, we laced up our hiking boots and set out in search of new adventures. 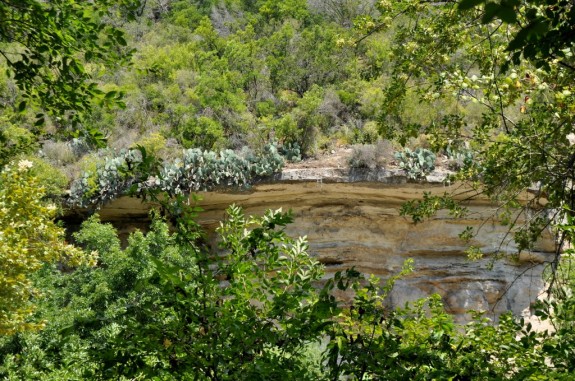 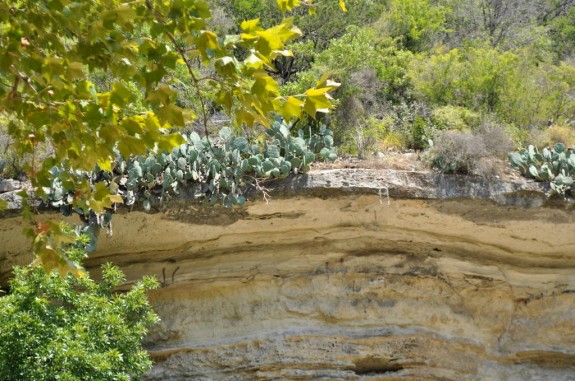 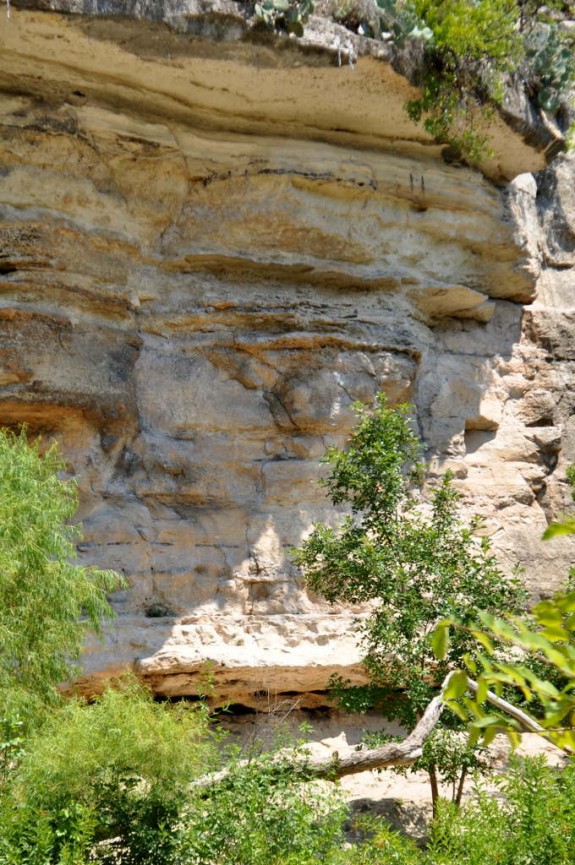 Unfortunately, our lazy Saturday morning attitude came back to bite us in the caboose and we didn’t get out to the trails until almost noon. 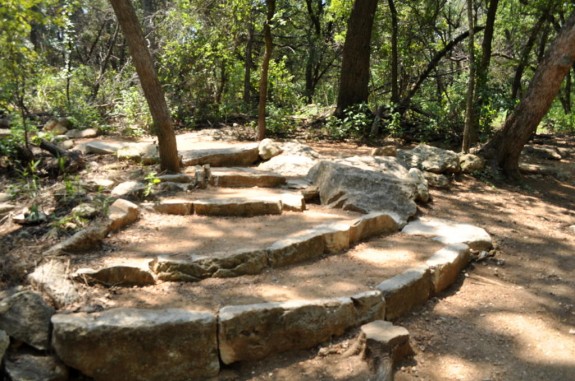 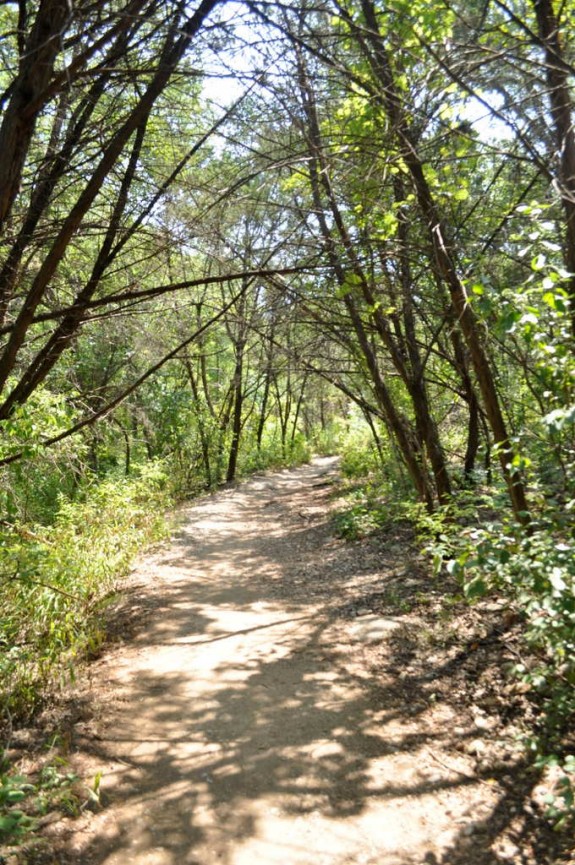 Today’s adventures took us to Austin’s Barton Creek Greenbelt. The trails have large limestone cliffs, dense foliage and shallow bodies of water (although today, they were dry-as-a-bone). 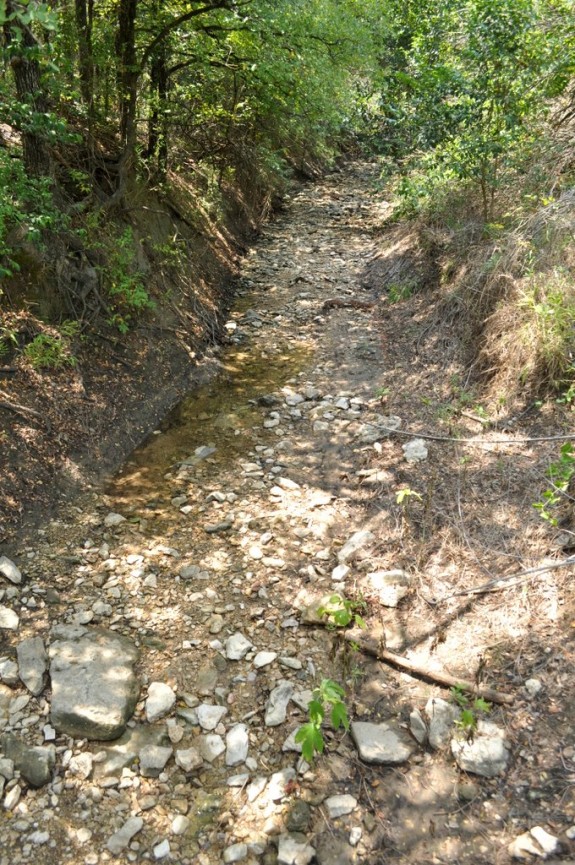 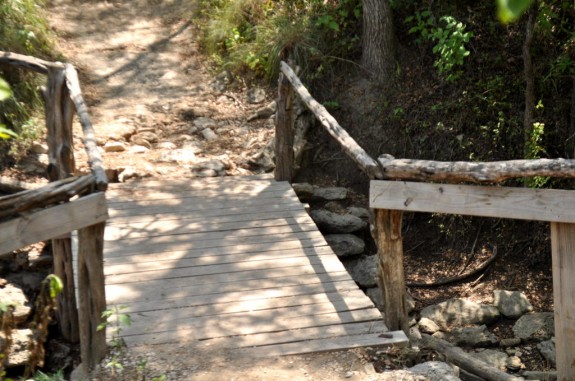 For those of you (like me) who have never heard of a greenbelt, it is a protected natural or semi-natural environment around an urban area. Barton Creek is maintained by the Parks and Recreation Department of Austin and is meant to improve air quality, provide urban residents with access to countryside and outdoor recreation, and give character to urban areas. 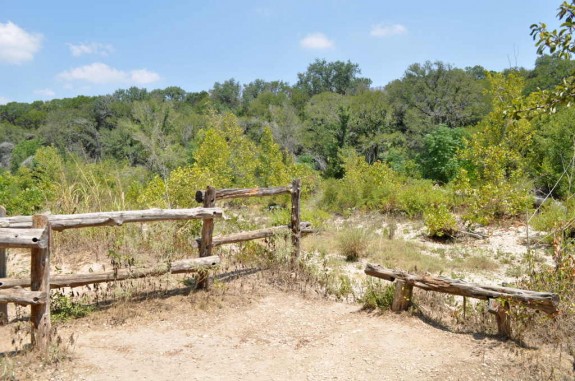 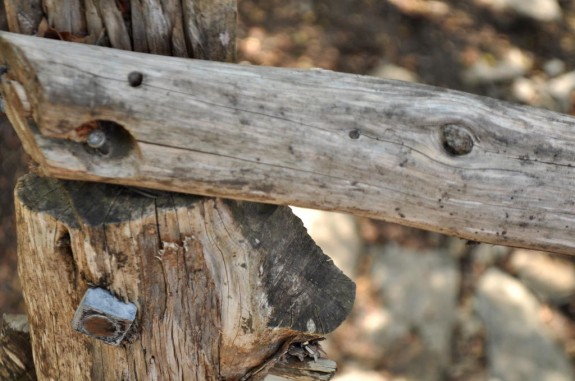 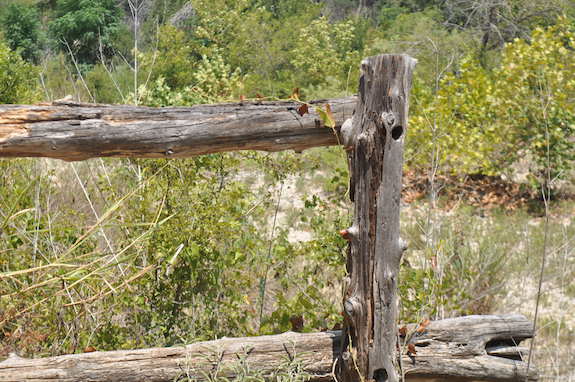 Since it was nearly noon by the time we arrived at the trails, our hike and “go-get-em attitudes” didn’t last long. However, I wouldn’t leave without snapping a few photos to share with you all. 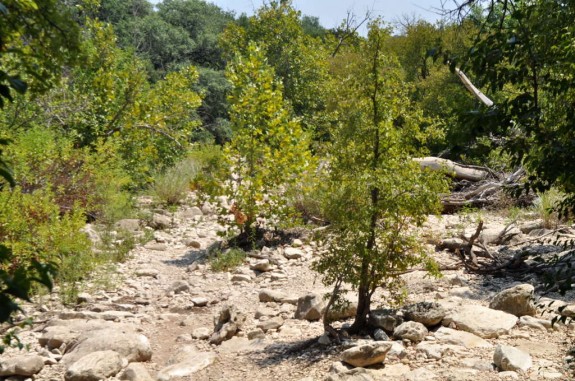 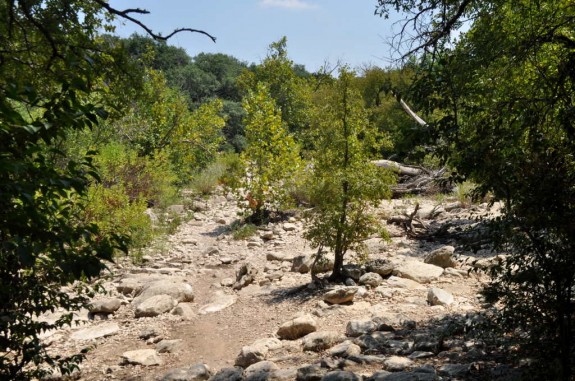 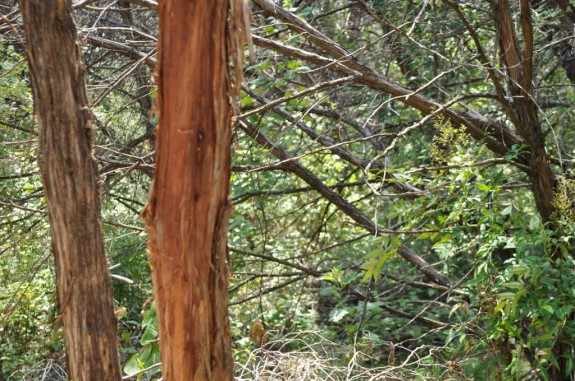 Austin welcomed us with open arms and hot weather last week. The city recorded 15 days over 100 degrees and while this heat is causing even the locals to think twice about heading outdoors, the husband and I are LOVING it!

I thought today I would simply share a few photos of downtown Austin and the capitol building. Be warned, these were taken on the hubby’s ipod from a moving car. We’re hoping to take the camera out on a stroll this weekend so stay tuned for more pictures and hopefully some exciting discoveries. 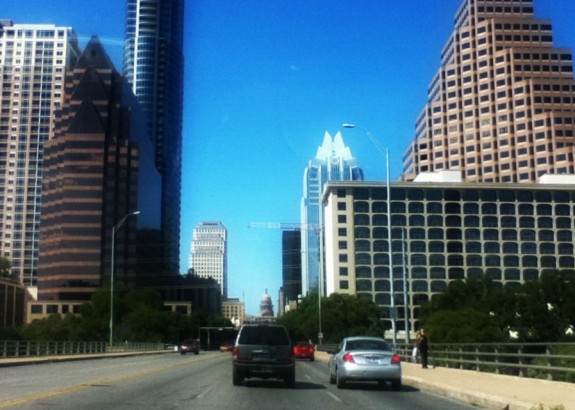 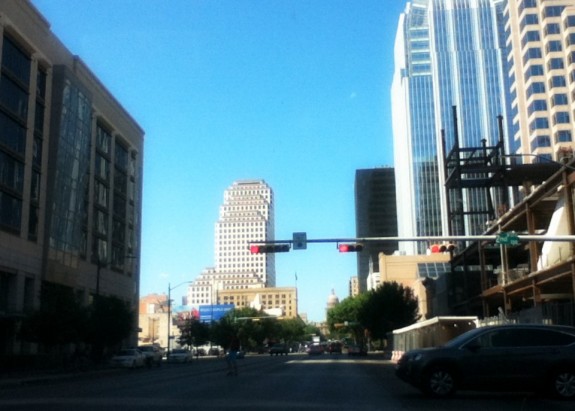 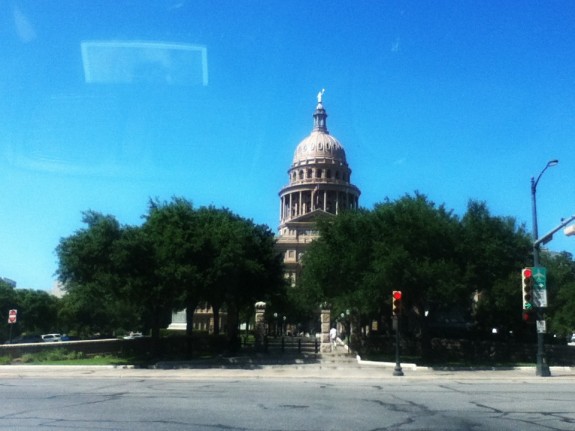 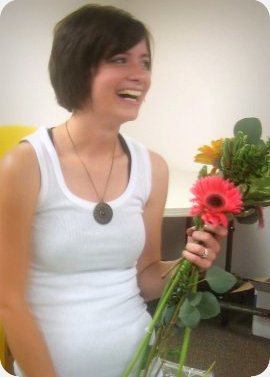 Welcome to SweetPeonies. I'm Tiffany, a West Coast gal, temporarily transplanted in the south. This blog shares our adventures in building a home wherever life takes us, afterall, home is wherever I'm with you.